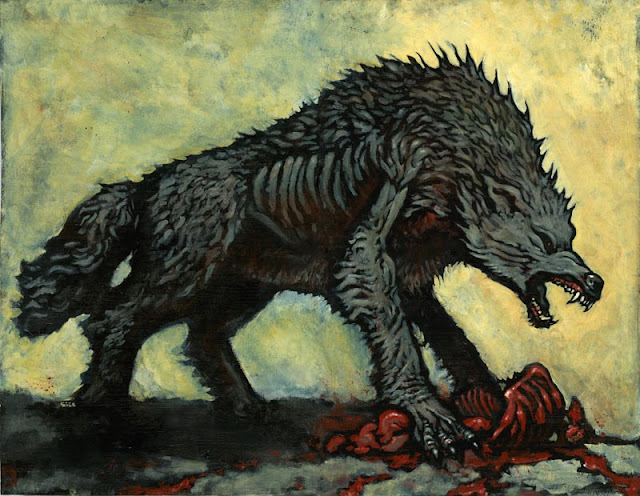 Darkslinger to do benefit print for Chile 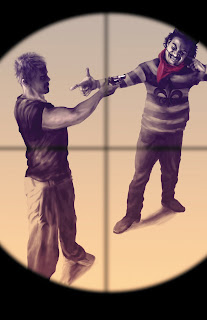 Molalla, Oregon. April 13th, 2010. Darkslinger Comics will be releasing a print with artwork by Chilean artist, Marco Roblin to benefit the victims of the 2010 Chilean earthquakes.
The print is fully rendered by Marco and features two of Darkslinger flagship characters, David from Ghost Assassin and Le Mime from El Bovine Muerte. One hundred percent of proceeds will go to help the Chilean organization, Un Techo Para Chile (A roof for Chile).

The print will first be debuted at the Stumptown Comics Festival (Portland, OR April 24th-25th). After that Darkslinger will continue to sell the print through various conventions in Oregon and Washington as well as online at http://www.darkslinger.com/

Artist Marco Roblin states that this is the most important piece he has done. In his own words "this (the earthquake) was a huge blow. Both physically and emotionally, having the opportunity to do this piece gives me a chance to contribute in the healing process. We had a choice between doing something with some humor or something directly related to the earthquake. In the end, we chose humor as during this time the images of pain and destruction are so clear in our minds that doing a retelling of that would be a bad tribute."

The print will be sold strictly on donations, meaning that anyone can buy one no matter the amount they have to donate. Of course, higher donations are appreciated as they will go further in recovery goals, but small donations under ten dollars will still help and are still very much appreciated.
Posted by Adam Watson at 5:00 PM 1 comment:

Adam Watson, Tony Morgan and Alan Bennett will all be at Cosmic Monkey Comics tomorrow from 12-2 for a Chronicles of Van Helsing signing.  Cosmic Monkey is located at 5335 NE Sandy Blvd, Portland, OR
Posted by Adam Watson at 4:48 PM No comments: